According to Grant Thornton International Ltd.’s annual Women in Business report, businesses globally have taken one step forward but one step back on women in leadership. Significantly more businesses (75% in 2018 v 66% in 2017) now have at least one woman on the senior management team, but the percentage of women in senior management has slipped from 25% to 24%.

Published to coincide with International Women’s Day 2018, which calls on all to #PressforProgress, the research reveals that introducing policies alone is not enough to drive real progress. A wider culture of inclusion championed from the top is needed to create change.

The progress on the number of businesses with women in senior management has primarily been driven by emerging economies such as Africa (where 89% of businesses have at least one woman in senior management) and Eastern Europe (87%), while Latin America has seen the biggest increase (from 52% to 65%). But there has also been a significant increase in developed regions such as North America (from 69% to 81%) and the European Union (EU from 64% to 73%).

Emerging economies also continue to see the highest proportion of women in senior roles, including ASEAN (39%), Latin America (30%) and Africa (30%).

“While it’s hugely positive that women are in senior roles at more businesses, it’s disappointing that they are being spread so thinly. This suggests businesses are concentrating on box-ticking at the expense of meaningful progress and means they will not gain from the benefits of true gender diversity. We need to move beyond policy and focus on the vital role leadership and culture can play in creating real progress in gender balance. There is compelling evidence of the link between gender diversity in leadership and commercial success. The current volatility in the global economy and ongoing technological innovation and disruption makes the issue more important than ever.”

Grant Thornton’s report investigates the role of both business and government policy in bringing about change. The data show gender equality policies are abundant and widespread in Malaysia, with 82% of businesses adopting equal pay for men and women performing the same roles, and 66% implementing non-discrimination policies for recruitment. Measures that support working parents are also popular among businesses, including paid parental leave (42%) and flexible hours (24%).

In Malaysia, companies say they are motivated to introduce gender equality policies primarily to attract and keep employees (73%), enhance company performance (73%) to live up to organisational values (73%), to meet the expectations of wider society (58%) and because of the vision of senior leadership (51%).

Recruitment and retention are strategic priorities for businesses, and gender equality in leadership has become a core element of company branding. However, businesses say the barriers to introducing policies include the lack of evidence that it has a positive impact on company performance (30%), the cost of implementation (22%) and the complexity of translating good intentions into practice (20%).

Companies in Malaysia also say that they would like the Government to do more to address the issue of gender inequality in business leadership (68%) and they feel that businesses and Government need to work collaboratively (62%). In this regard, the Government has already recommended in the Malaysian Code of Corporate Governance 2016 (MCCG) that there be women Directors on the Boards of large PLCs.

“It’s clear that simply introducing policies is not enough to drive real progress on gender diversity. Businesses who are succeeding are those whose policies and practices are rooted in a genuine conviction of the benefit of diversity. Leaders must champion the cause and create inclusive cultures in which a wide range of voices are listened to and where every individual can flourish if we are ever to see real change. Leaders are the only ones who can really press for progress.” 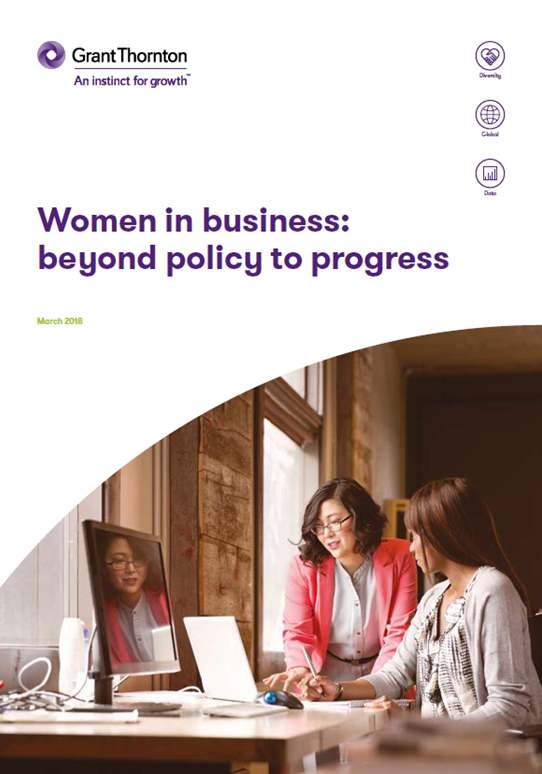