Asia Pacific (APAC) is a region in flux. In 2018, businesses must contend with numerous challenges, not limited to environmental risks and an ageing population. But with disruption comes great opportunity.

Given the slowing rate of economic growth, businesses across Asia Pacific (APAC) region have an appetite for automation. In this article we explore where that support is strongest, and why. We find that amid the rich opportunities, risks are present in the automation revolution. Businesses and policymakers should confront these challenges now, to avoid hampering future growth prospects.

One in three (34%) businesses believe the automation of simple business processes to free up workers for higher value-add tasks is the biggest opportunity for APAC over the next five years. This is up from 26% last year, according to figures from Grant Thornton’s International Business Report (IBR).

Why is automation so popular now? Because business leaders know that technology can improve efficiency and productivity. Ultimately, this can provide a substantial boost to profitability. Automation also gives workers the chance to take on other more value adding activities elsewhere in the business.

China leads the way on automation

Within APAC, the surge in support for automation in China stands out. More than a third (35%) of businesses in the world’s second-largest economy cite automation as their biggest opportunity, up from 25% in 2017.

The Chinese government’s Made in China 2025 plan aims to turn the country into a global manufacturing superpower. Business automation is central to that goal.(i) China added 87,000 industrial robots to its economy in 2016. This is almost as many as Europe and the US combined. Incredibly, that number is expected to grow by 20% each year until 2020.(ii) With Chinese policymakers championing greater use of new technologies, business support for automation looks set to become even stronger.

Support for new technologies grows across the region

Excitement over automation’s potential is not confined to China. Businesses in Australia (52%), New Zealand (48%) and Singapore (36%) also believe automation is their single biggest opportunity over the next five years.

The level of enthusiasm in Australia is striking, and reflects a renewed focus on the role of technology in the workplace. Earlier in 2018, as part of an Australian Senate inquiry into the future of work, Google estimated that automation could provide an AUS$1.2 trillion boost to the Australian economy by 2030.(iii) If that figure proves to be anywhere near accurate, it’s easy to understand why business leaders in the country are so positive about the potential impact of new technologies. 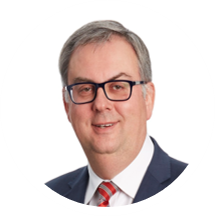 “Many businesses are struggling to set an appropriate digital strategy,

as technology offers new challenges and opportunities on a daily

basis. Those who have a clear strategy are investing in new technology

in a timely way, and who are staying abreast of new technological trends,

are gaining a valuable competitive edge.”

Worldwide business concerns over a shortage of skilled workers hit a record high in the second quarter of 2018. Across APAC, 48% of firms cited skilled worker shortages as a constraint on growth. This is up from 43% the previous quarter.

Business leaders are keen to avoid overreliance on a shrinking pipeline of people with select skills. Competition for these individuals will become even more fierce and inevitably some businesses will lose out. Automating certain roles offers a potential solution to these workforce challenges.

While robots may help businesses solve skilled worker problems, they threaten to create a different challenge by replacing some back-office servicing jobs. Some workers will benefit from being freed up to work in other areas of the business. Others may find themselves surplus to requirements.

Earlier this year, the Asian Development Bank cited concerns that automation “could cause widespread job loss, slow wage growth and worsen income inequality”.(iv) In 2016, the International Labour Organisation estimated that automation will threaten the jobs of more than half the workforce in South East Asia – 137 million people – over the next two decades.(v)

Opinions vary on the number of job losses that will occur as the automation of some business processes evolves. But increased and prolonged unemployment will hinder consumer spending power and could ultimately hold back economic growth.

Aside from the impact on people, automation presents other issues which business leaders should consider. For example, there are concerns that replacing humans with robots will cause an exponential increase in energy use. Others argue that workplaces without people could save energy in other areas, such as air conditioning and lighting.(vi) These factors will impact each business differently.

Our research offers compelling evidence that APAC businesses are positive about automation. However, while the robots are coming, so too are challenges of a very human nature.

As Ian Pascoe, CEO and Managing Partner at Grant Thornton Thailand, says: “The future of the workplace will inevitably include machines. But people are integral too. As businesses adapt to this new landscape, there is an opportunity to combine the best attributes of human and robot workers. Done correctly, human and machine should be better than human or machine alone.”

Conducting risk assessments will help firms address automation challenges, exploring how factors like workforce displacement and energy use might affect their growth plans. There is also a role for policymakers in addressing the potential societal impact of workplace automation.

To understand more about automation opportunities and how your business can capitalise, contact Rodger Flynn, CEO at Grant Thornton Singapore and Regional Head of Member Firm Development, Asia Pacific.

(i) Source: International Federation of Robotics, 2017